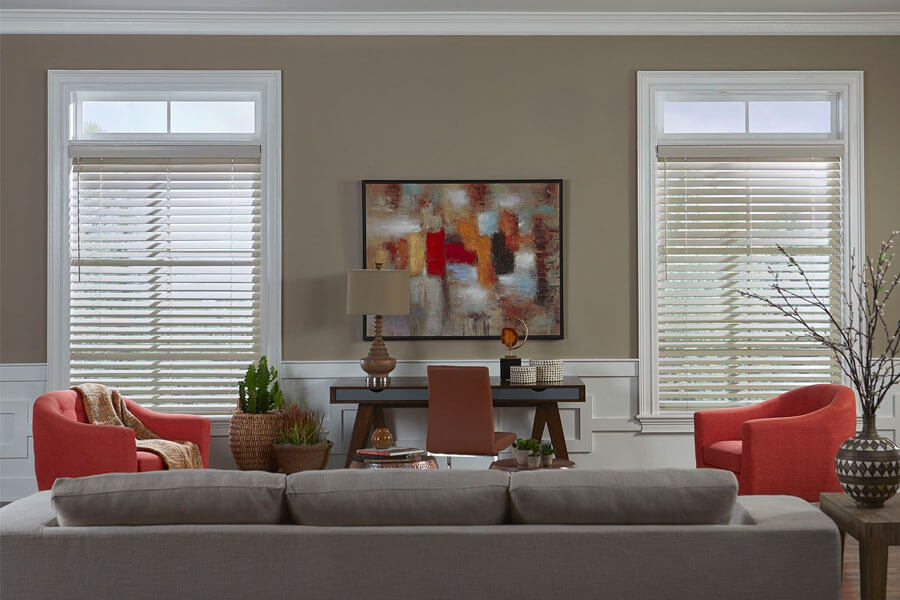 If a person wants to reflect the classic European decor in their home, traditional methods of interior design are the best way to go. These methods typically include features such as furniture with elegant style and wood tones with deep color.

To create a more unique and personal look, a homeowner can combine the traditional decorating style with another specific style that they also like. In terms of traditional decorating ideas, perhaps the most important aspect of this style is the silhouettes of the various pieces of furniture in a room, also known as the “lines” of the furniture. 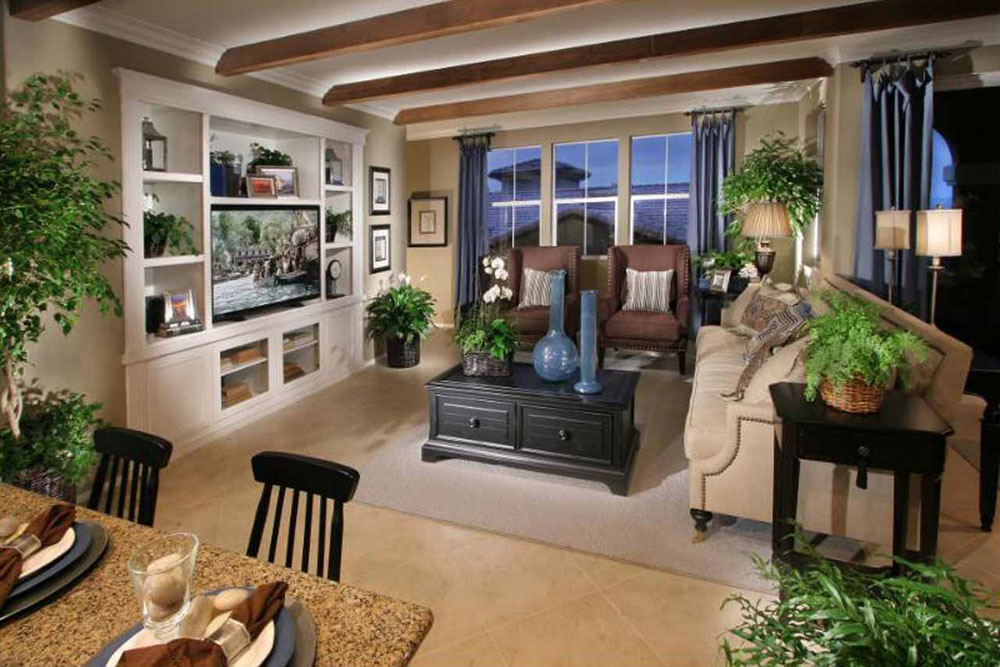 Some of the best examples to include in this category are claw-foot tables, various curved pieces of furniture, and winged-back chairs, all of which illustrate the look of the 18th and 19th centuries. Other style pieces such as antiques, Chippendale and Queen Anne also fit in with the traditional decor. Typically, however, you will find that most furniture stores sell newer types of these specific pieces that are designed to mimic the originals.

No matter what age group you are in, you can still use it traditional furnishing style for your home to make it as classic, calm and timeless as you want it to be. As mentioned earlier, this style can be combined with any other specific design style that you find visually appealing for a rather unique look. 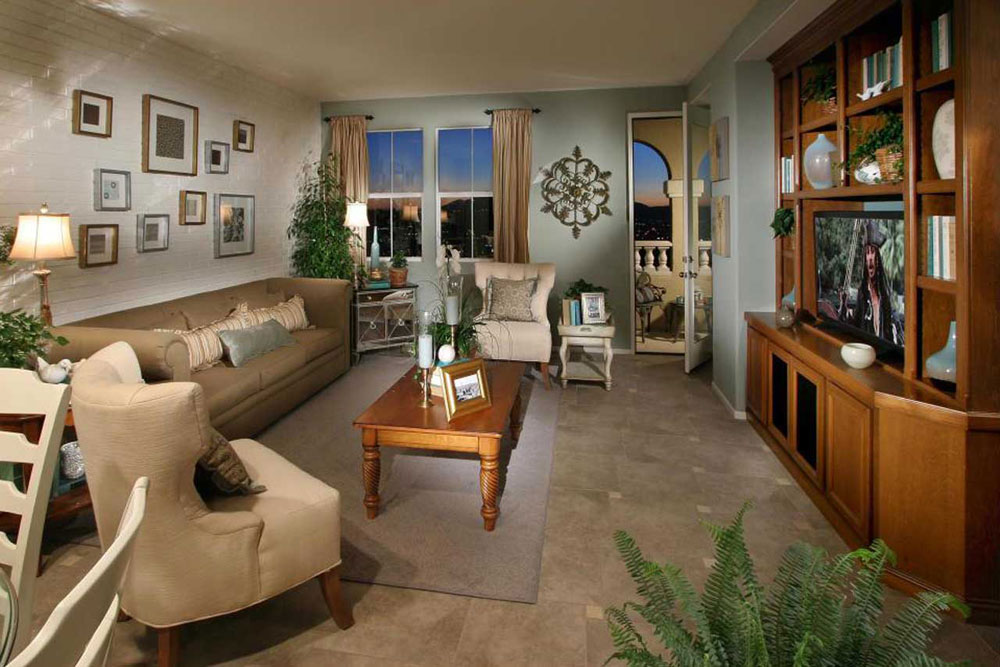 Traditional interior design is usually defined as predictable and at the same time cozy and comfortable. A room that is designed in the traditional style often has the following characteristics:

In general, you’ll also find that the most common aspect of this particular design scheme is mixing accessories and furniture together to create a sense of symmetry about a particular focal point of the room. 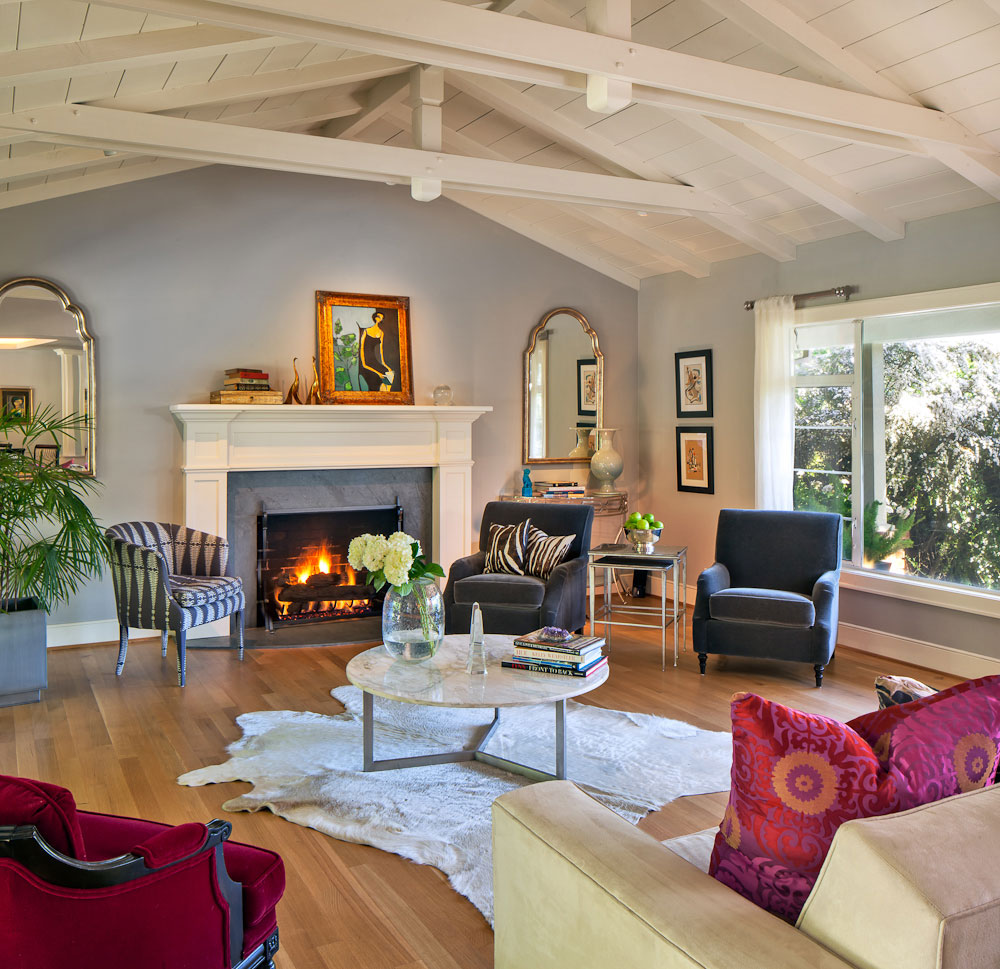 In terms of color, the walls of any interior looking to achieve the traditional interior design style are typically painted in a neutral color. This is done in order to visually ground elaborate furniture that is in the same room. Pieces of furniture used in such rooms generally have pops of color such as red, brown, and blue. Accent pieces such as works of art and other various accessories also include colors that are more vivid. 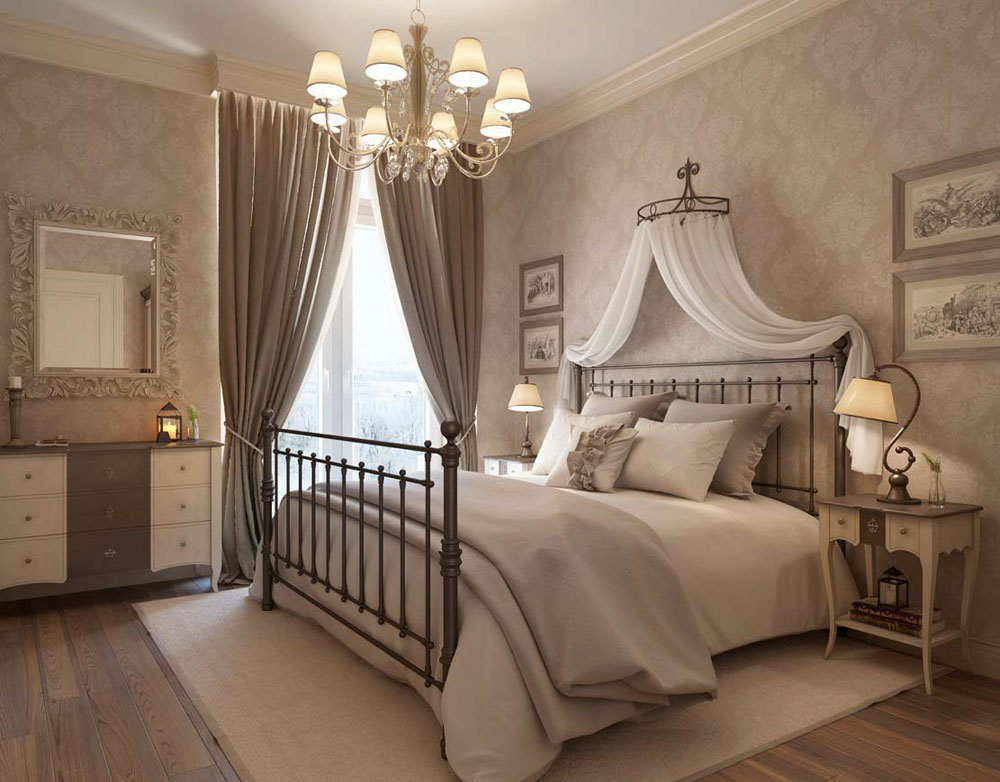 When it comes to fabrics, more monochromatic colors are typically used in traditional decorating styles. However, it is also common to use fabrics with patterns such as flowers, paisley, or damask. Regardless of color or design, these fabrics are often more expensive in nature, as they are often made from cashmere, silk or velvet.

However, there are many designers who have proven that fabrics such as cotton and linen can also be integrated into traditional furnishing styles, as they are much easier to care for and more flexible than the expensive ones.

Woods, which, as already mentioned, are used in traditional furnishing styles, are rich in color. The most common types of wood used in the furniture of this style are maple, mahogany, and cherry. All types of wood are generally painted and carved to give them a rather luxurious and elegant feel. In addition, wood is worked into the floor of a room designed in a traditional style. 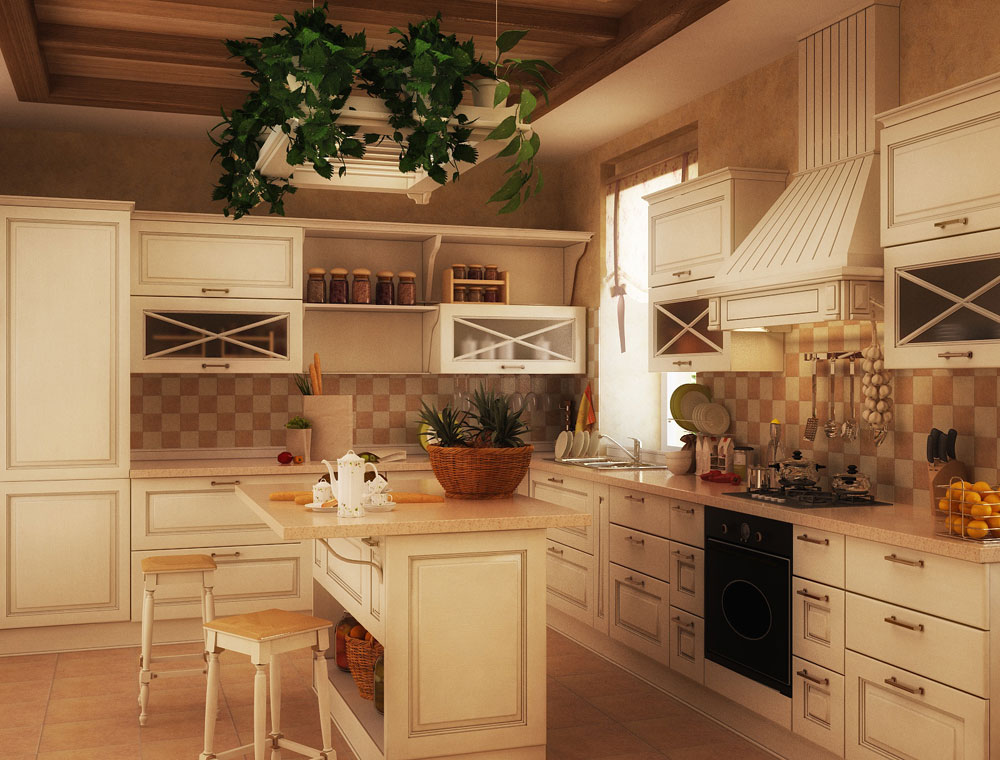 Other key features of traditional accents in interior design include pillars, built-in wardrobes and arches.

Let’s get acquainted with the traditional interior design 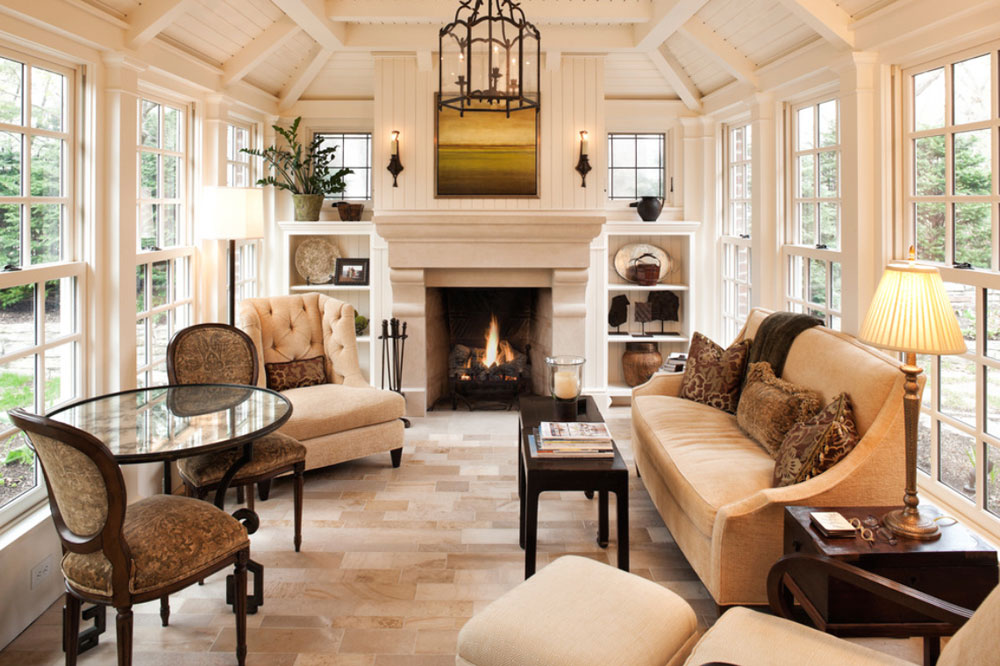 Some common questions about traditional interiors 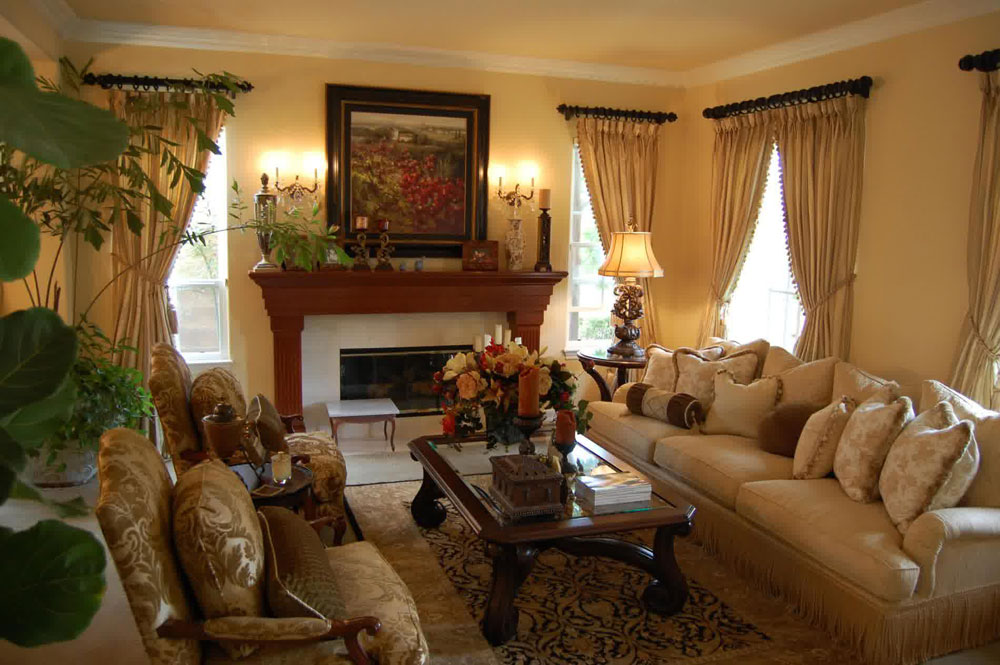 There are three specific furniture styles that are popular for rooms that are designed according to the traditional interior style. These three styles are Chippendale, Queen Anne and Sheraton. Queen Anne-style pieces are decorated with features such as curved lines. Violin-shaped backrests, Convertible legs and decorative end pieces. 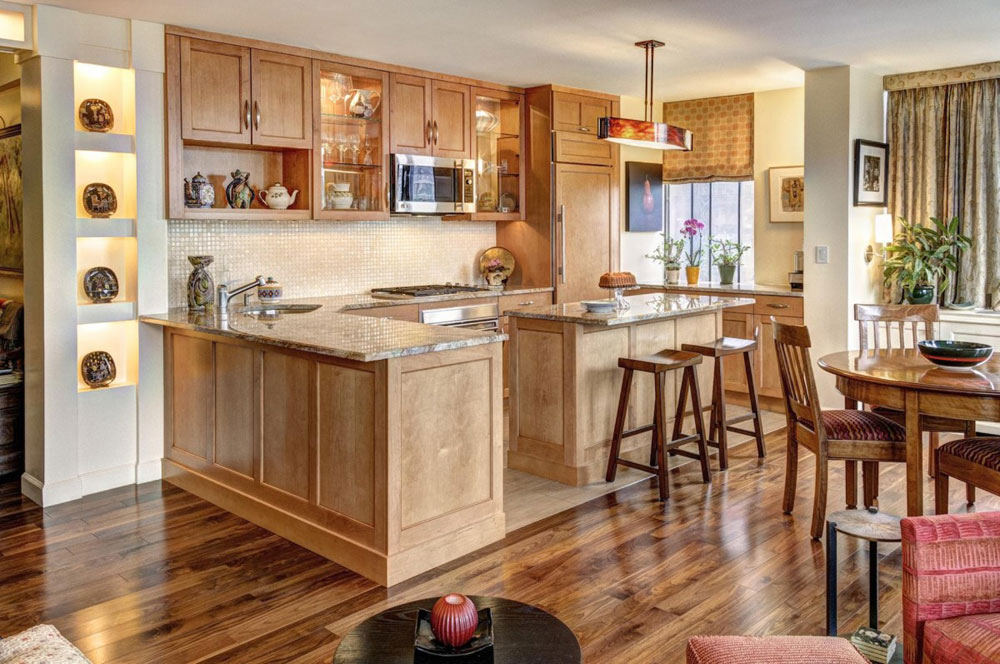 Chippendale furniture while similar to that Queen Anne style, contains lines that are straighter, and these particular pieces of furniture also contain a greater amount of artistic embellishment. Finally, Sheraton pieces include legs that are slightly tapered and straight, combined with contrasting inlays and veneers.

What special types of accessories follow the traditional furnishing style? 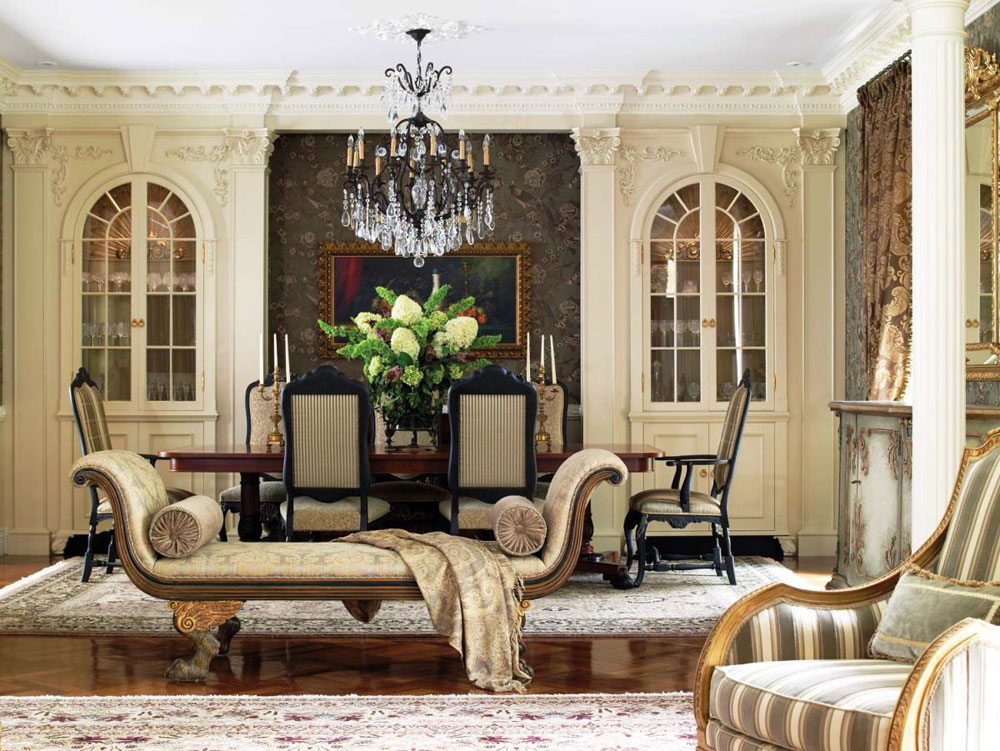 Accessories that are typically used in rooms designed in a traditional interior style include vases, candlesticks and bowls. These items generally have carved designs that were preferred by 18th and 19th century artisans.

What specific colors are mainly used in traditional interiors? 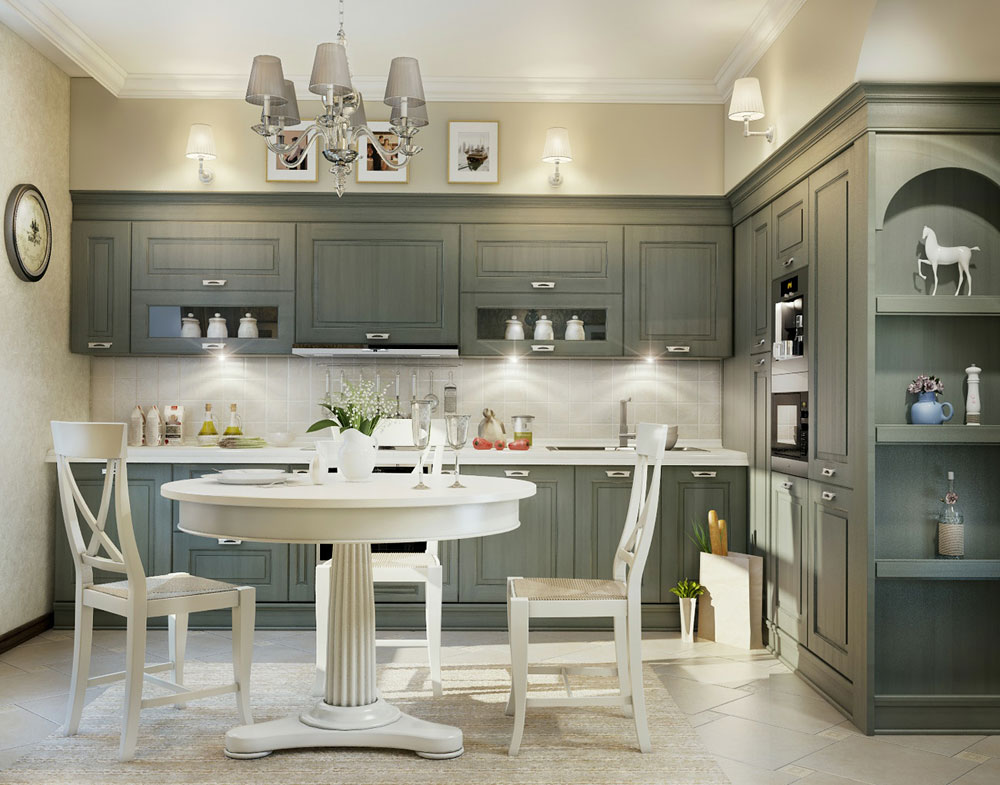 The walls of a room decorated in a traditional interior style are usually painted in one of three colors: beige, cream, or ivory; However, bold colors can also be used if the homeowner wants to include them in their color palette. The best example of this would be painting a wall a bold color so that it can serve as an accent wall to draw more attention to a specific accessory or piece of furniture.

What is the difference between these three things: modern decor, traditional decor and transitional decor? 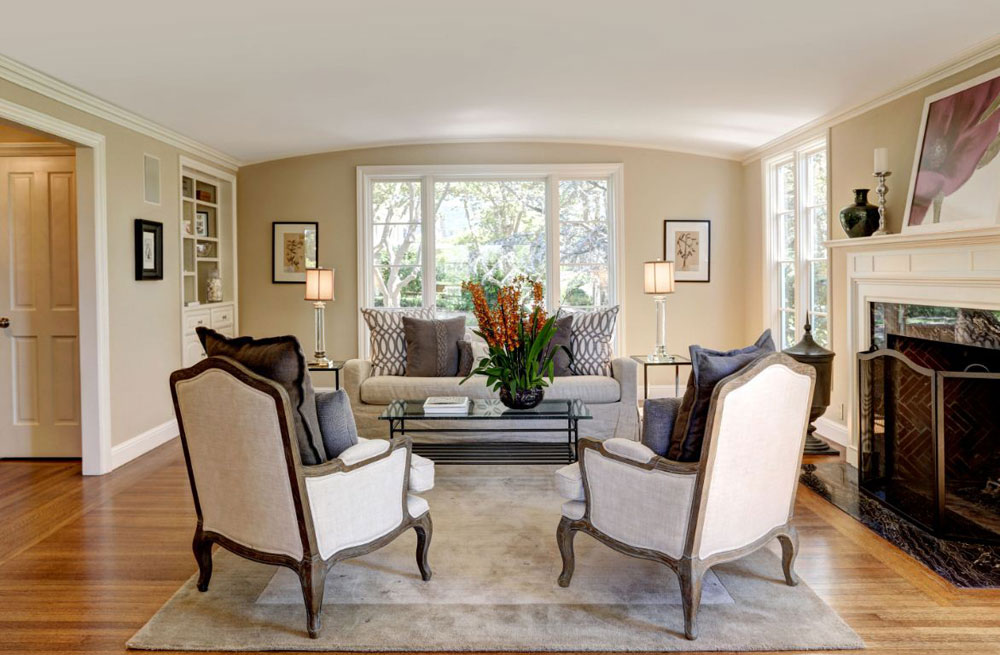 The traditional style of furnishing gives the homeowner the convenience of using colors, shapes and materials that were used in the past to create a more cozy space today, especially if they have a deep connection with early Americans, Europeans or ancient world history.

In addition, many modern interiors are often influenced by traditional furnishing styles, so you don’t always have to rely on features such as dark wooden walls or antiques to enjoy this style to the fullest. If you’re looking for some inspiration of your own, head to IMatchDesigners.com. When you get to the site, type the word “traditional” in the search bar and check out all of the many featured interiors that come up as a result.