Herringbone is a pattern named after the intricate bone structure of the herring fish. The herringbone pattern consists of rectangular pieces in a zigzag pattern.

Each tile is arranged so that one meets the other on either side, but not uniformly. 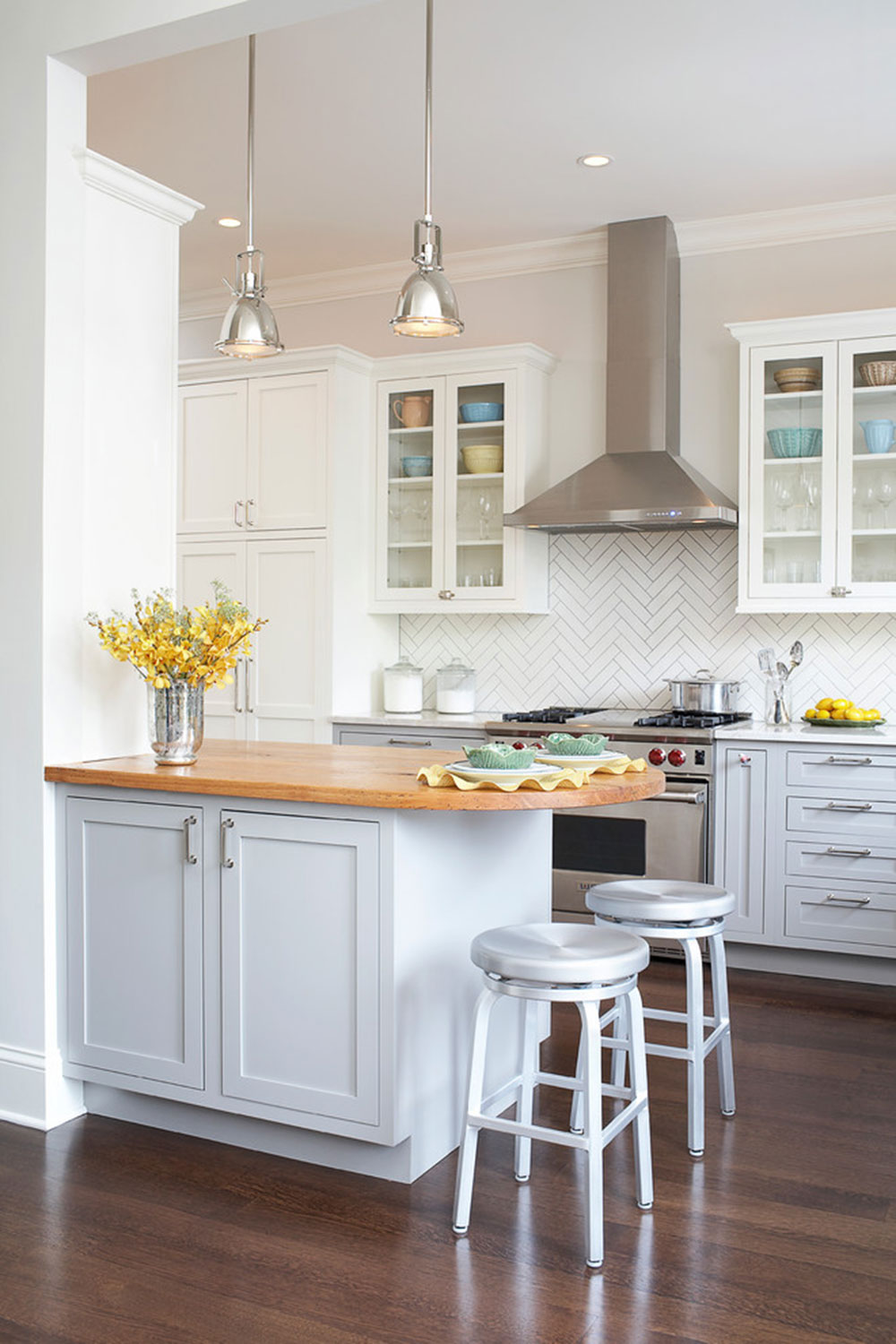 Herringbone pattern is a popular interior design pattern, partly because it can be used on almost anything – floors, curtains, furniture, ceilings, and more. 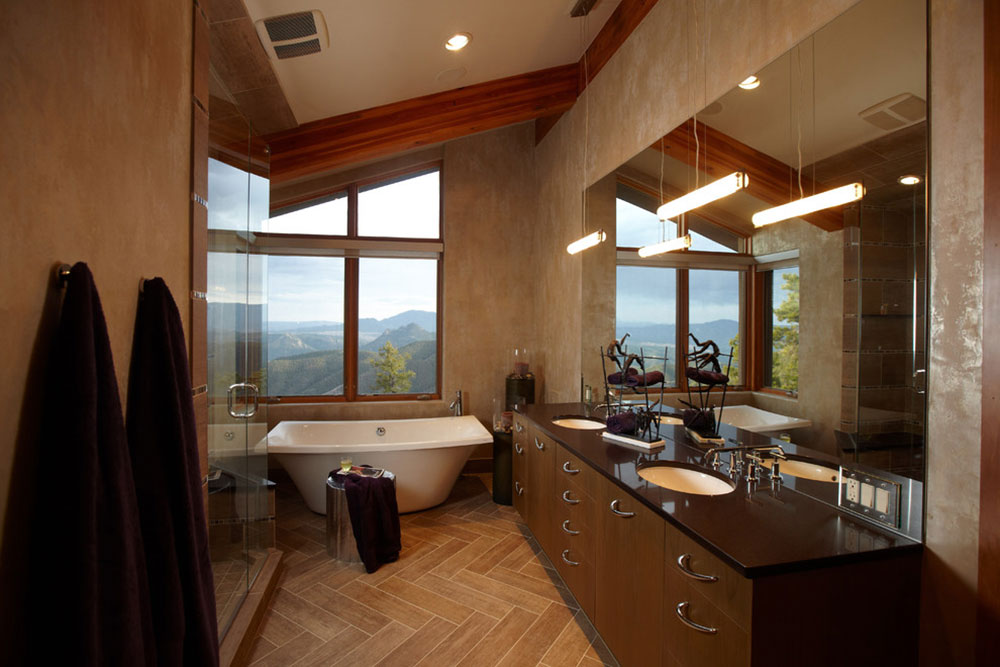 Herringbone patterns can easily be confused with chevron if you don’t know the difference. Herringbone tiles are arranged so that one rectangular tile looks like it is about to slip off another.

The tiles seem to almost collide at the ends and form a zigzag line between two rows of tiles. At the end of a tile, there is another tile along the edge at a perpendicular angle.

Think of the herringbone pattern as two sets of blinds collided so that one set of blinds is between the other blinds. 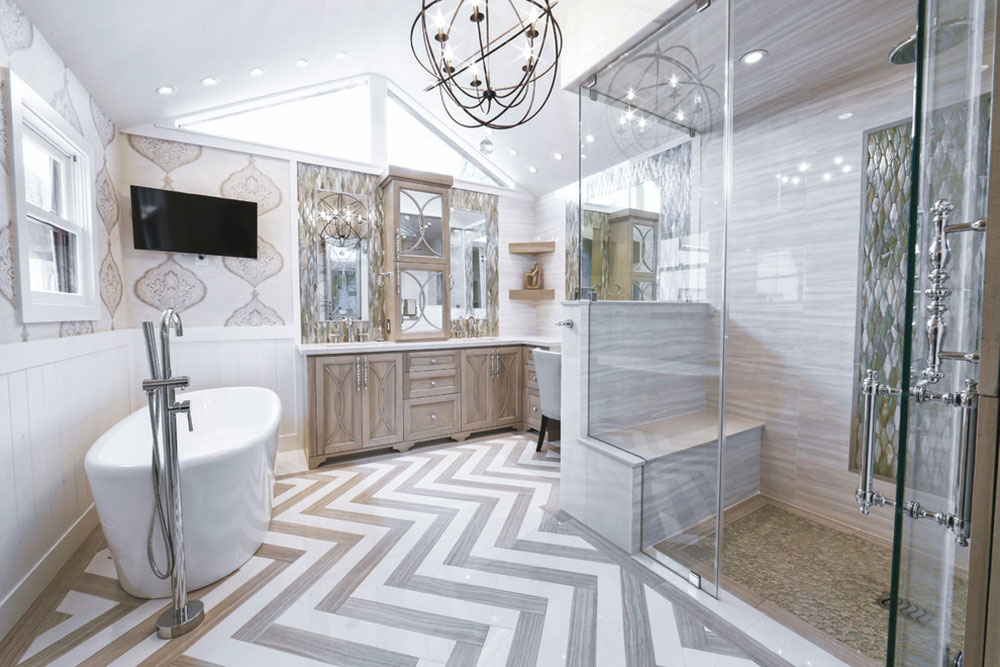 The chevron tile pattern does not create the same zigzag pattern. The rectangular tiles are uniform, with each tile following the same direction in a row.

Where two rows of tiles meet there is a straight line in the middle. The chevron pattern tile creates a V shape by facing the tile up and the tile next to it facing down.

When you look from one tile to the next, the zigzag pattern for chevron is continuous, giving the pattern an almost wavy look. 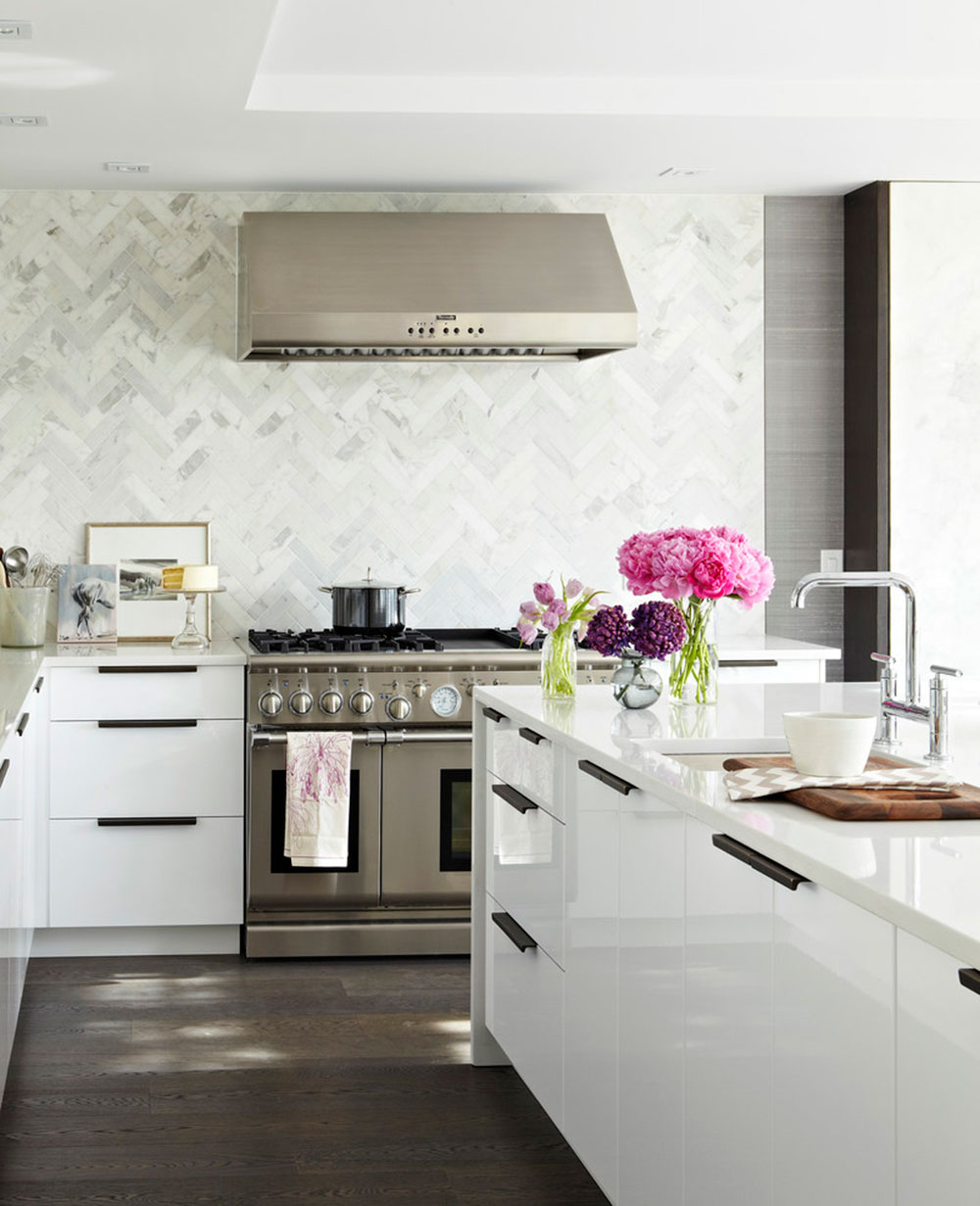 There are tons of ways that herringbone patterns can be used throughout the home. The unique design allows texture and variety. The design can be used for almost anything from floor to ceiling. You can even have a nice herringbone tile backsplash. 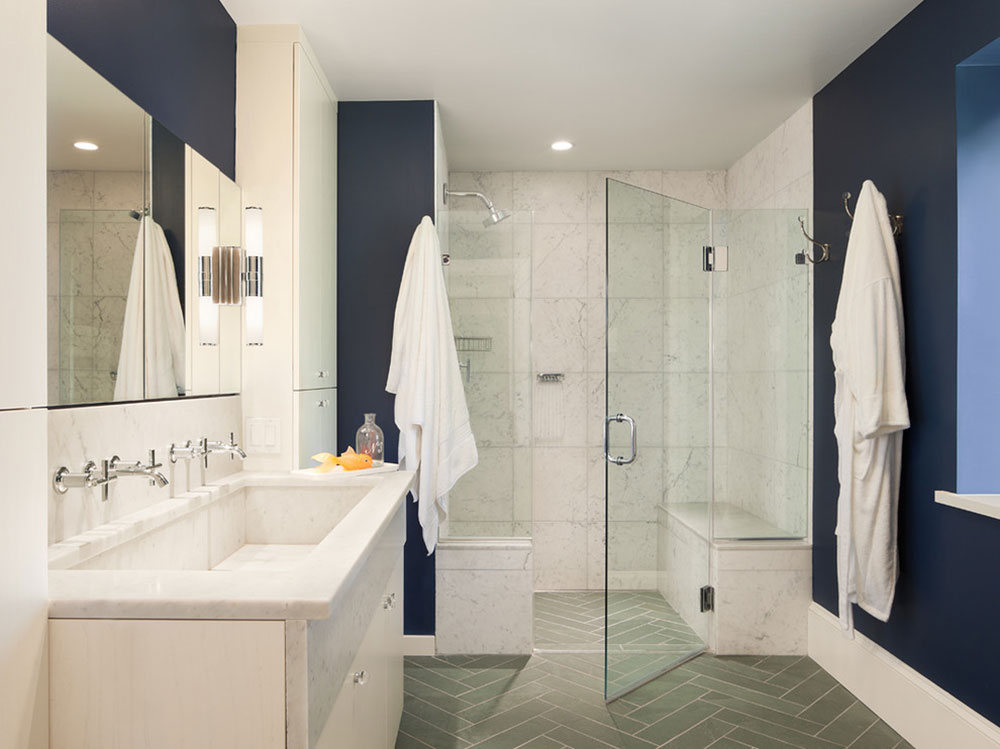 Most of the time, when people install a hardwood floor, they just focus on the color. Just because it’s hardwood doesn’t mean you can’t make it interesting. 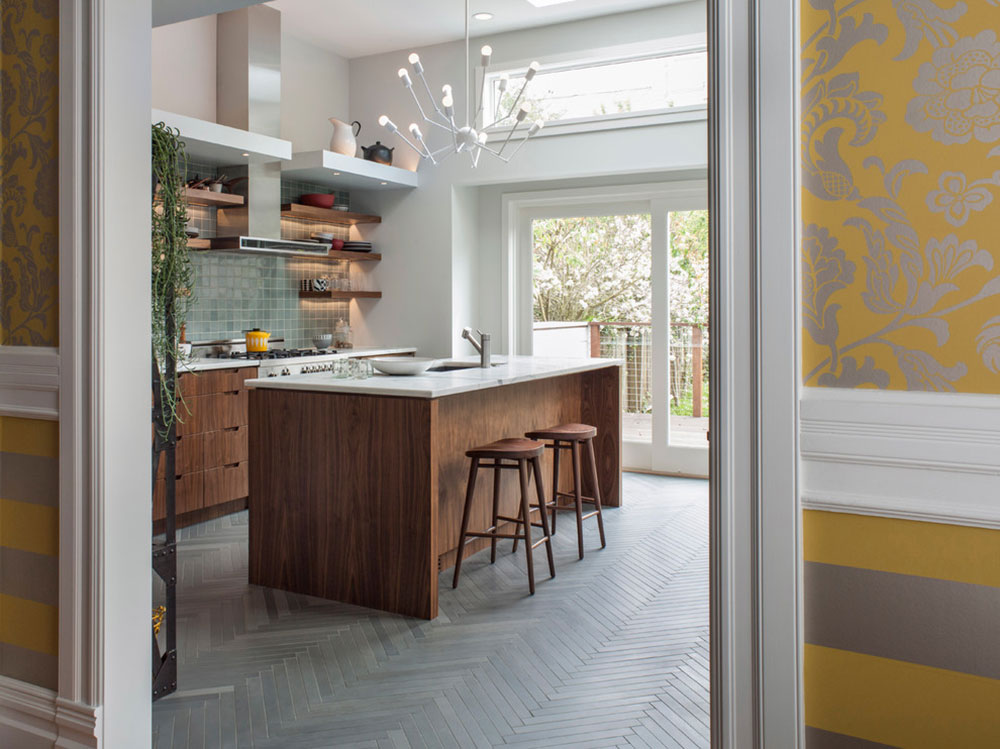 This design is made even better if your home has stairs or a balcony because then you can see the full pattern. While with traditional hardwood, the floor can easily be overlooked.

However, with herringbone pattern, guests cannot ignore the unique and impressive pattern. Herringbone can even make a boring office space look interesting.

When it comes to walls, the size of the wall determines the best way to use herringbone patterns. Use for smaller walls, such as B. splashbacks or chimney cladding, a smaller format.

Smaller tiles allow the pattern to still be visible instead of being clipped due to limited space. For a larger wall, you can use longer tiles for the entire wall or just part of the wall to highlight certain features of the wall or room. 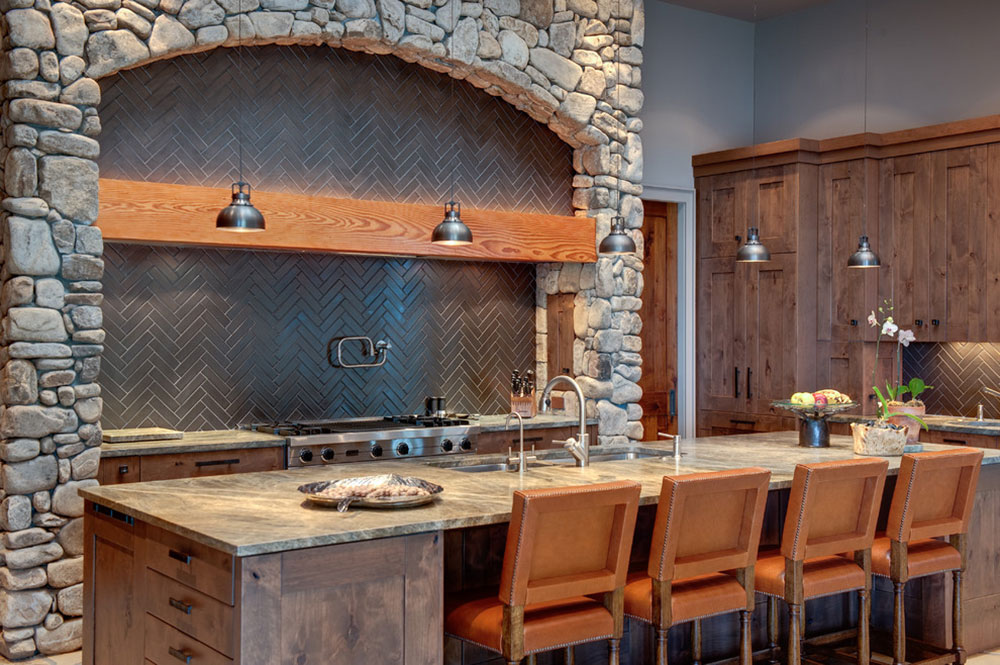 One of the best uses for this design is in the herringbone backsplash. It accentuates the kitchen in a way that isn’t overly conspicuous, but doesn’t go completely unnoticed.

A white herringbone backsplash is simple yet elegant and offers a more interesting alternative to the usual patternless backsplashes.

There is no need to purchase specific materials to achieve this pattern, and it is simple enough that you can sculpt it yourself without the help of an interior designer.

A backsplash doesn’t have to be just a design, and herringbone pattern plays well with other patterns. 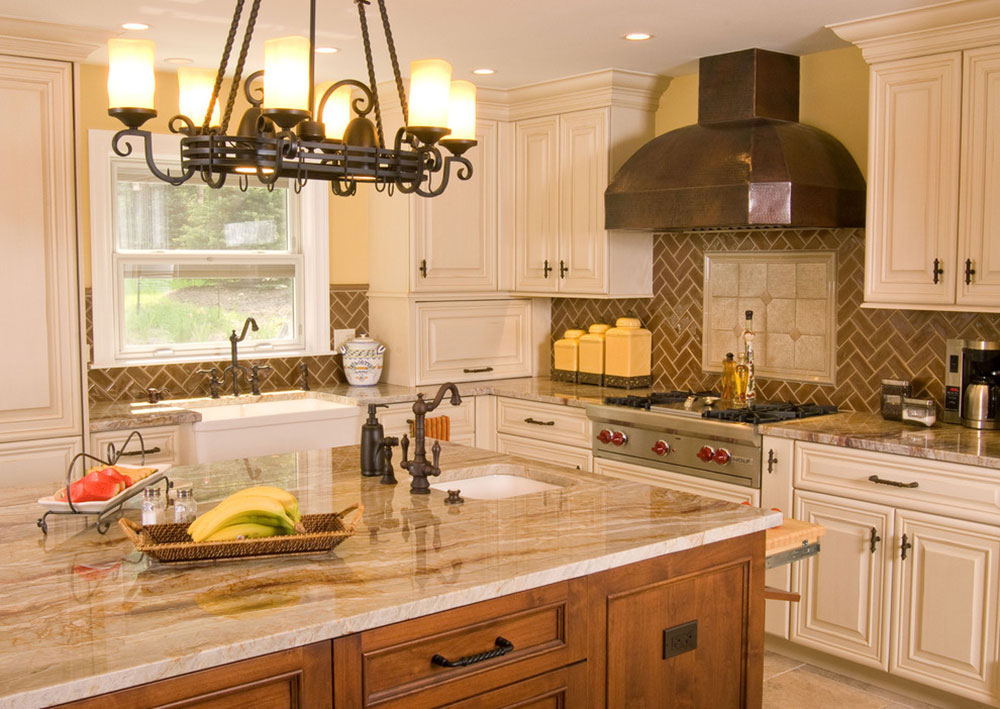 However, if you want a more classic look for your kitchen, try a 2 × 4 or 3 × 6 size herringbone backsplash. If you’re not particularly fond of traditions and want to express them, choose a 2 × 8 room.

If you choose to use hardwood floors to make your herringbone flooring, consider using herringbone backsplash tiles as well. This creates a recurring theme in your home that makes the home appear more thoughtful and decorative.

Try adding some lights around or in the field to liven up the backsplash. You can also try mixing or changing both herringbone and chevron backsplash. 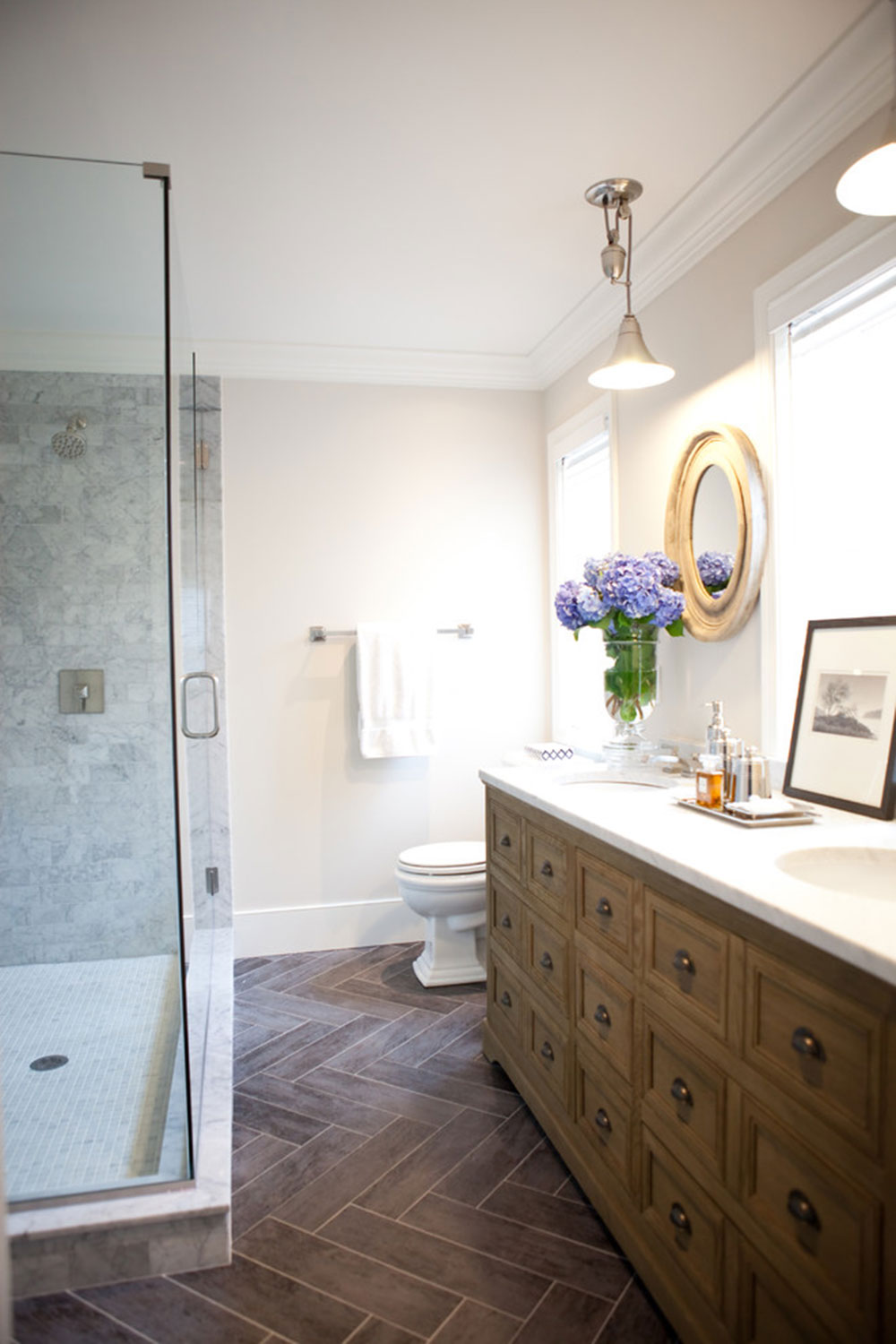 It may surprise you that there are actually several variations of the herringbone tile.

Whether by changing the color or direction, there are many ways to make your herringbone unique and individual. 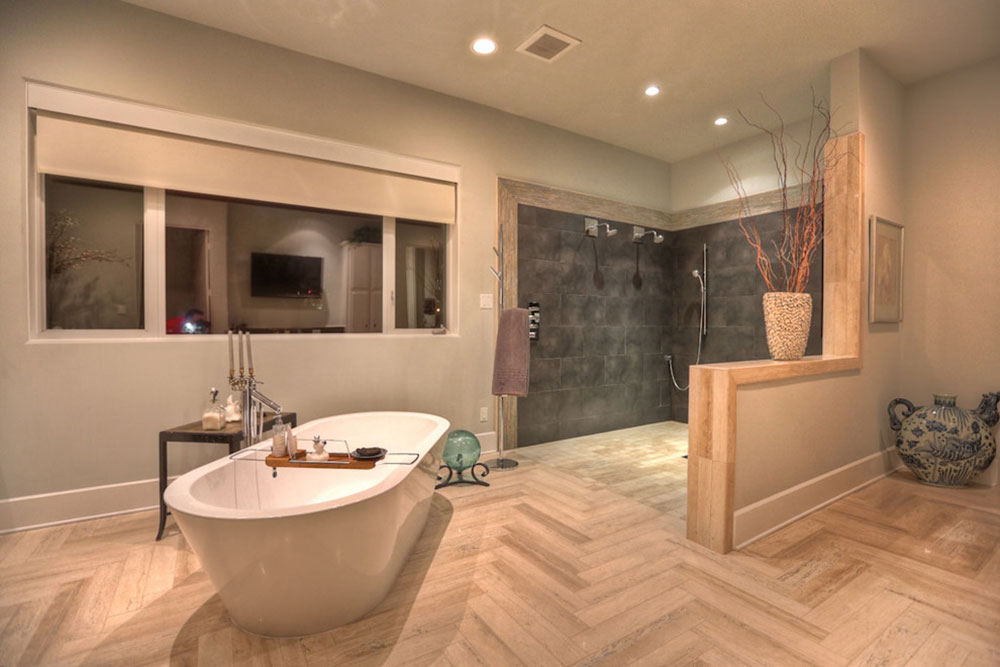 If you want your tiles to be more neutral, white is a clear choice. But gray can work just as well if you add some color to the pattern.

Gray is a very smooth color that can also help cover up the annoying spots that white likes to bring out. Gray is more of a modern look.

For the kitchen, use a gray herringbone pattern along with stainless steel appliances for a more contemporary feel.

So your kitchen can be modern and neutral, adding style and personality to the room. 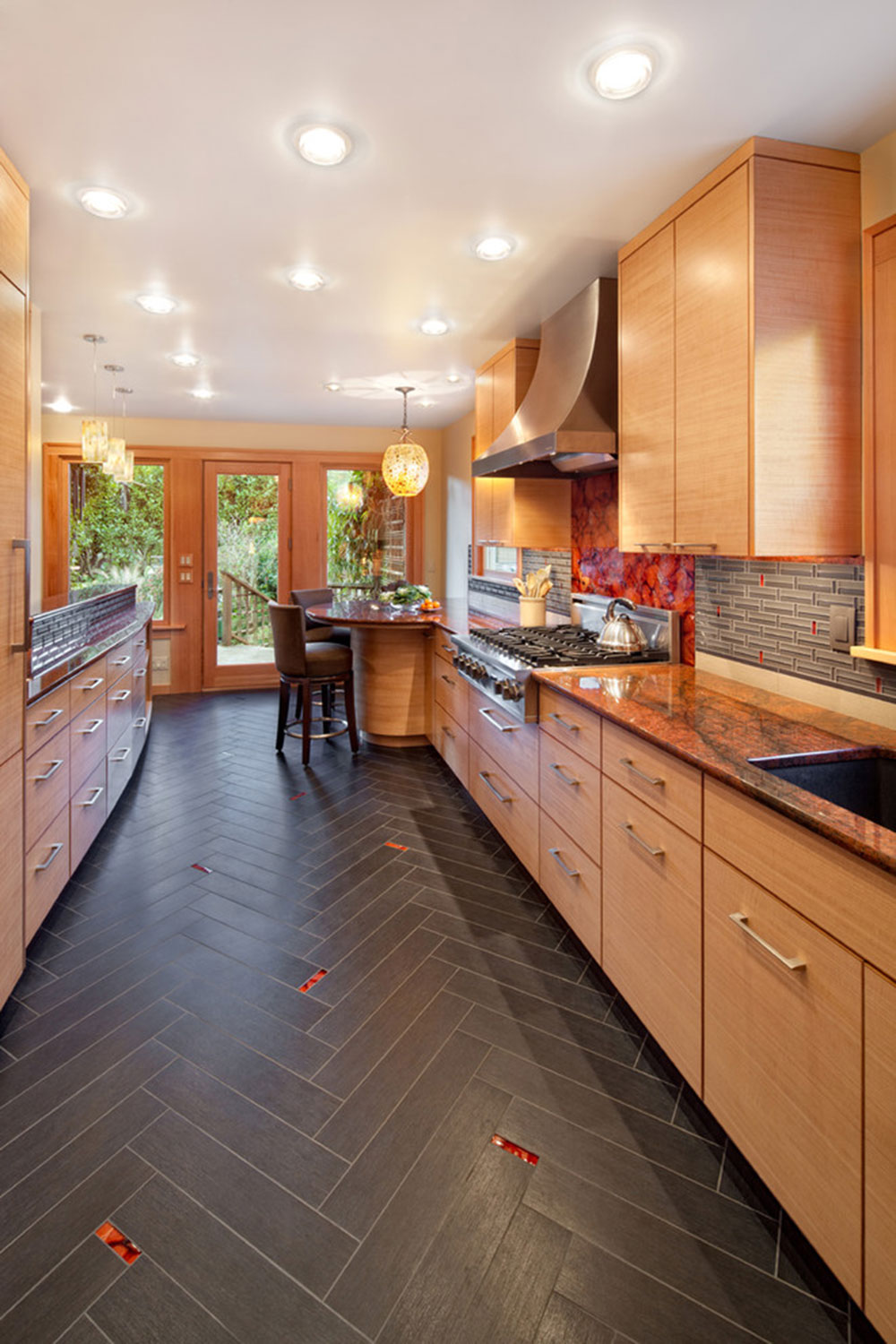 Use darker grays and blacks to create a moody kitchen. Add some bright colors here and there and you have a sharp but sophisticated contrast that is sure to catch the eye.

Another way to achieve this graphic effect is to use grainy, highly textured tiles. The texture of the tiles contrasts with the clear, geometric lines and shapes of the herringbone pattern.

This creates a certain image that can be difficult to create any other way. Cover the entire wall with these tiles, and the room looks strong enough to make a formidable guest gasp. 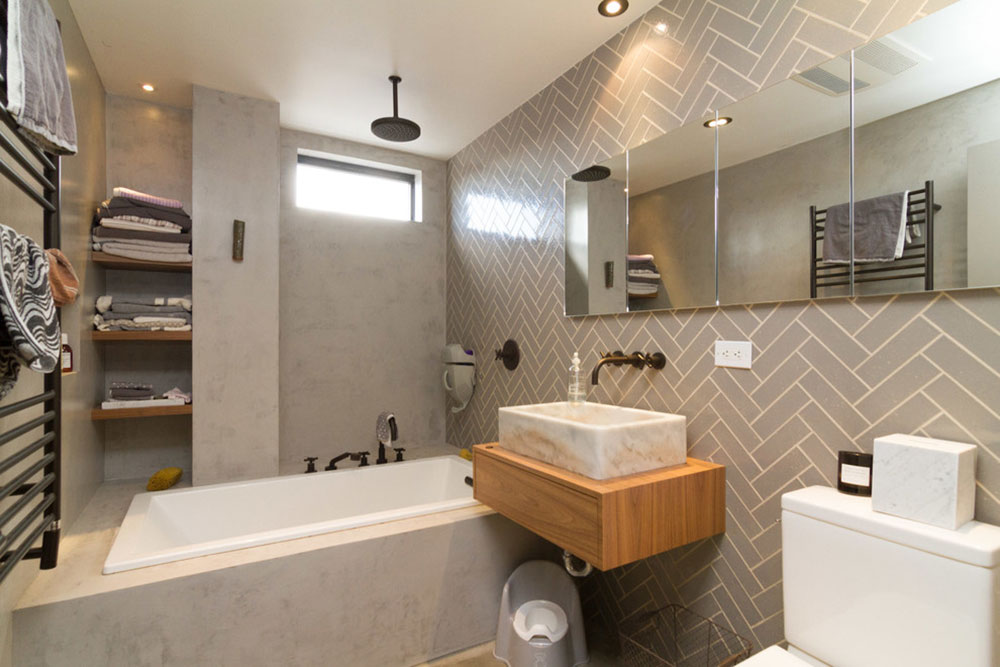 If you are a light weight person with a lively personality, let the herringbone tiles reflect that. Choose bright colors for the tiles to add fun to your home.

Or you can use a consistent dark or white color for the pattern, adding color just every few tiles or so. This will mix up the pattern and could create a brilliant theme all over your home.

It also keeps your wall, floor, or backsplash more interesting and engaging. 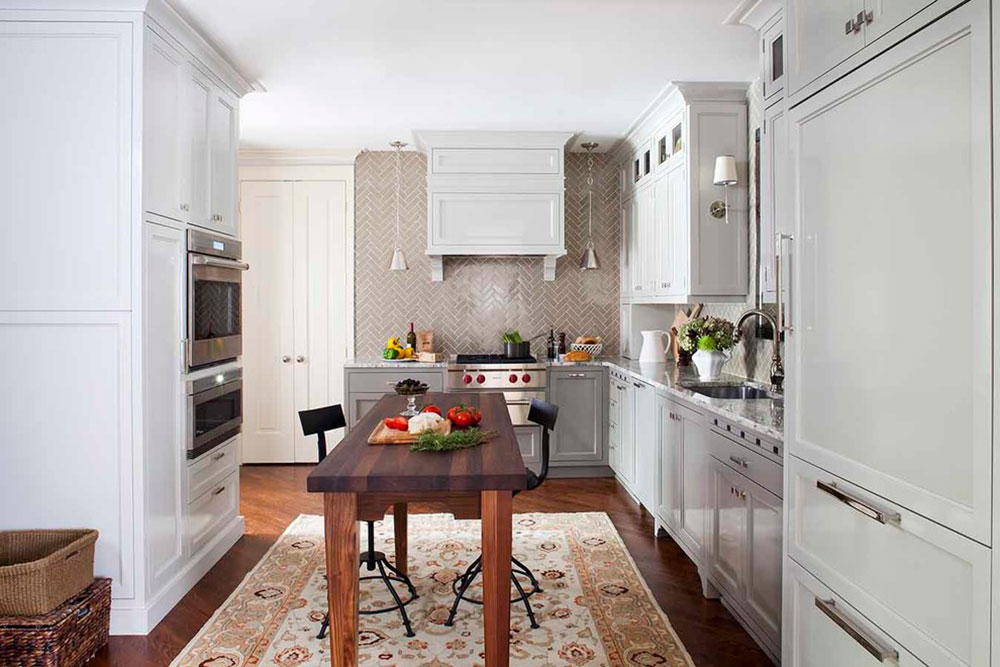 Color isn’t the only way to add a twist to the traditional herringbone pattern. Arrange the tiles in any direction – vertical, upside down, diagonally.

Be brave and create your own layout like stars, circles, stairs, etc. Feel free to be original as the herringbone pattern is easily customizable and works for almost anything!

Changing the direction of the tiles is a simple but brilliant way to add uniqueness and individuality to a classic design.

It can also draw attention to certain areas of the room. For example, a vertical backsplash can draw a viewer’s attention to your stunning refrigerator or luxurious countertop. 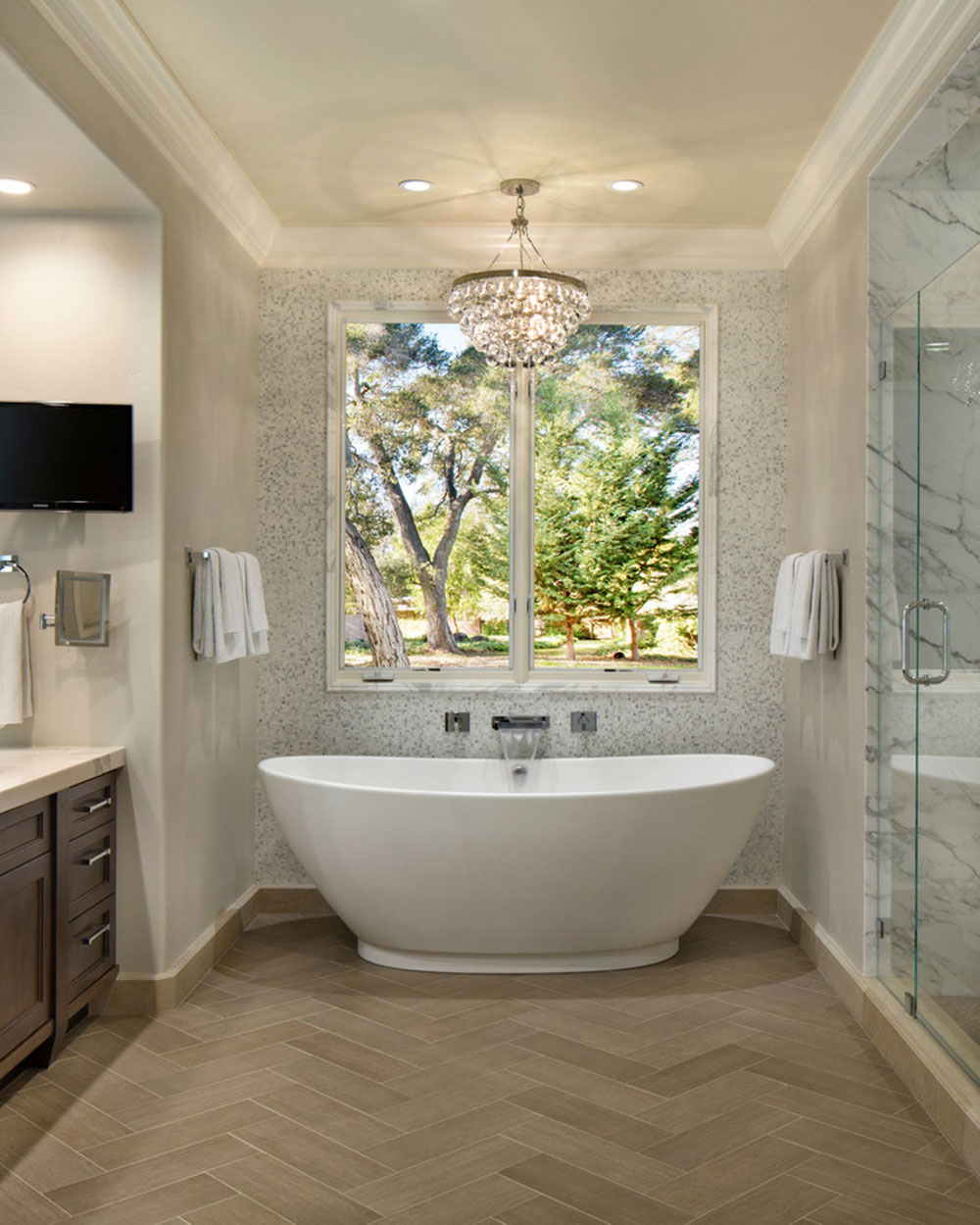 The herringbone pattern is a classic yet very modern design that works well in any room in the house. It’s popular for its simplicity and amazing adaptability.

It can be used on floors, walls, splashbacks, and more. Use it in bathrooms, kitchens, and bedrooms – anywhere! It’s easy to personalize the pattern by adding color and texture, or by changing the direction of the tiles.

Herringbone, along with its similar but distinct cousin, Chevron, can also do an excellent job of creating an intricate design like no other.

There’s a lot to do with a pattern as elegant and simple as herringbone. No matter what the theme of your home, there is a way herringbone patterns can work for you.

All you have to do is try it out, try different designs and techniques, and then fall in love with your herringbone pattern.