Home / Lighting / The reason behind the popularity of turkish towels 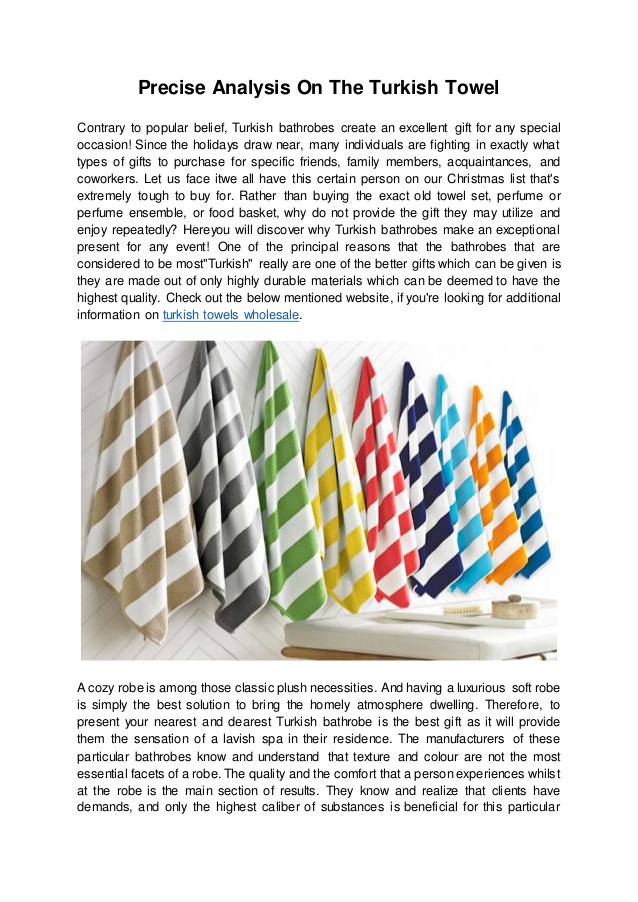 The reason behind the popularity of turkish towels

To understand the history of Turkish towels, one has to go back to the 17th century in the city of Bursa, where this absorbent fabric was invented. Earlier known as pestamel, these were flat woven cotton and linen fabric which were used to absorb water from the body, after a bath. Since then turkey has been one of the most important and leading suppliers of towels in the world. People from different parts of the globe, want to get hold of these extremely soft, fluffy and highly absorbent towels to enjoy their bathing sessions. These days, bath robes are also made from the same technique; these robes are used at spas and salons, for ultimate comfort and luxury.

These towels were used in the ritualistic bath performed by brides a day before their wedding. Also, hand woven Turkish towels have great prominence in history. They are also used in modern Turkish baths, known as hamams. Since the fabric is so lush and soft against the skin, it can also be used for babies.

Earlier the Turkish towels used to be handwoven but with the advent of technology hand weaving has become extinct and machines are being used to create them. Handwoven towels used to be boiled in water for 4 hours to improve their absorbency because organic cotton is not initially absorbent and needs to be soaked first. Even though the machine made pestamels are of good quality they are not at par with the hand woven ones, which can only be found in parts of Istanbul.

are mostly used in spas and salons, for that ultimate luxurious feel against the skin. Almost all 5 star rated hotels make use of these towels in their bath; sportsmen happen to use them during play because of its power of instant absorbency. Since the towels are so soft against the skin, they are also used for baby care. Priced higher than ordinary towels, these are totally worth their money. There are a number of shopkeepers who try to sell fake replicas, so it is better to check the product carefully before buying it.