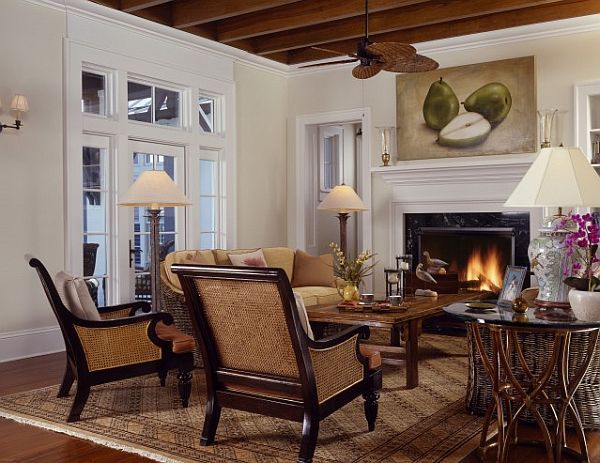 There are two main styles competing for supremacy throughout the 20th century – traditional and modern.

It was generally agreed that the traditional house style would take precedence, but modern interior design trends still have a strong following.

Colonial interior design proved extraordinarily popular in the first half of the 20th century, with two main sub-styles being described. 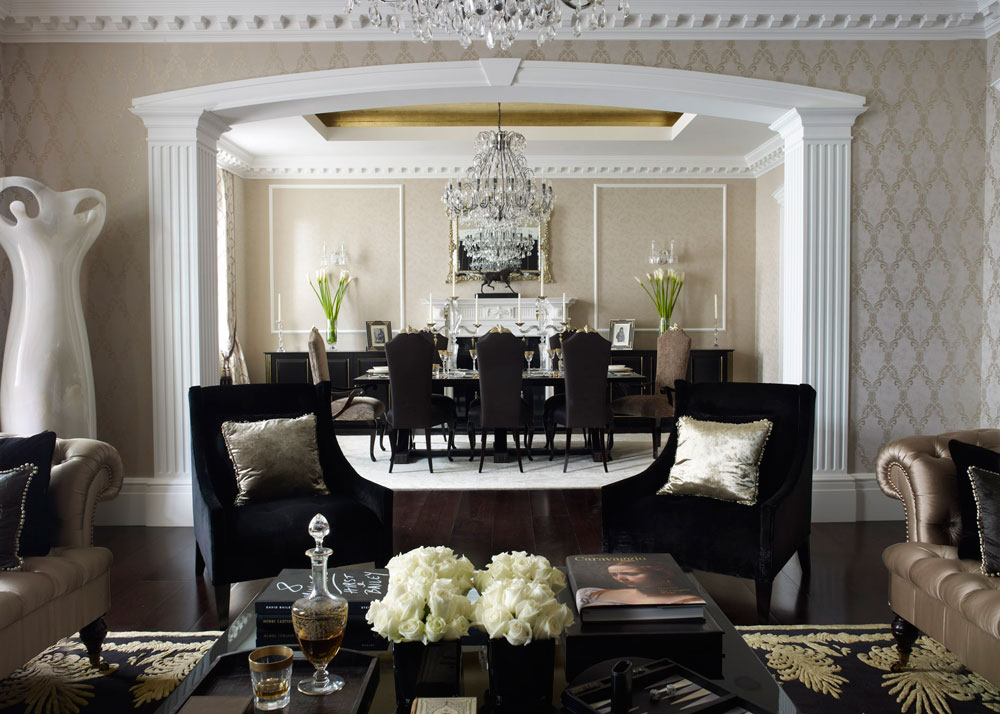 Americans have long selected their favorite styles from the best of European culture and incorporated them into their own decorative techniques. An example of this is the Dutch colonial style. In the second half of the 19th century, many public buildings were designed with historical European architecture and a strong inclination towards classic living space in mind.

During this era, traditional American colonial decoration was considered boring and old-fashioned, but homeowners were still firmly rooted in the traditional concepts, clinging to the colonial and, by their definition, patriotic design theme. 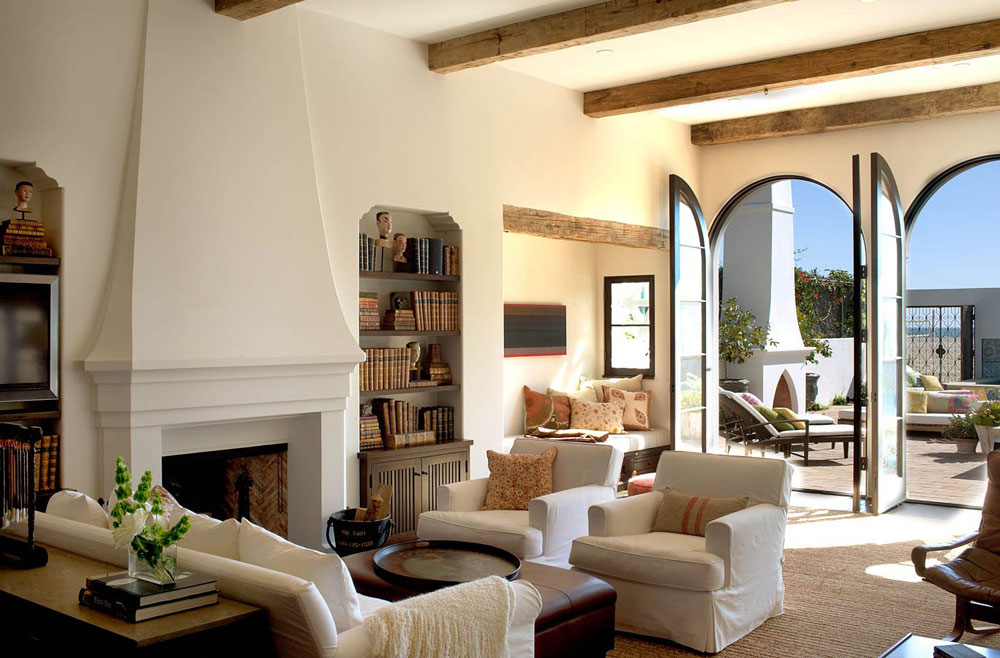 The traditional decorative style in colonial style originated in America in the 18th century and borrowed heavily from the typical European houses of the time. The twist, however, was that of the size of the Farmhouses found here in the New World.

English immigrants to the country brought a taste of their old homes, and much of the architectural and interior decorating style of the period was heavily influenced by the practical and simplistic lines of the day. For example, the Dutch colonial house style was born.

There are two ways that you can convert your home into one Colonial style interior design Masterpiece with a classic colonial living room. Either a very traditional, rustic theme or a more opulent touch that would have been evident in the great colonial houses. In the 21st century, it’s easy to create both modern colonial houses on a budget. So the choice is yours.

Contrary to the formality of the 18th century, the homes of the early American era were more rustic and casual. The furniture was best for summer houses and small apartment houses, more comfortable, and the craft was clearly outlined.

Ivory and gray were popular colors on painted woodwork and walls, and all kinds of handicrafts were represented. During this period, which also influenced the interior design of the 1920s, there was an expectation that women would spend their free time creating beautiful accessories for their home, and hence rag rugs, embroidered slipcovers and the indispensable home – the hand-patterned traditional quilt in everyone Finding home with self-respect. You can easily combine this interior with fireplace cladding with windows on each side and window seats and doors.

Heavy, country-style furniture in a small colonial house was common, with traditionally designed ceiling chests, chairs with ladder backs, and trestle tables in fashion. Simple fabrics like linen, wool and cotton were strongly represented in all rooms of the Dutch colonial houses. Polished chintz was a common informal setting, while decorating techniques included the use of stencils on pine-paneled walls.

How to get the early American look in your home 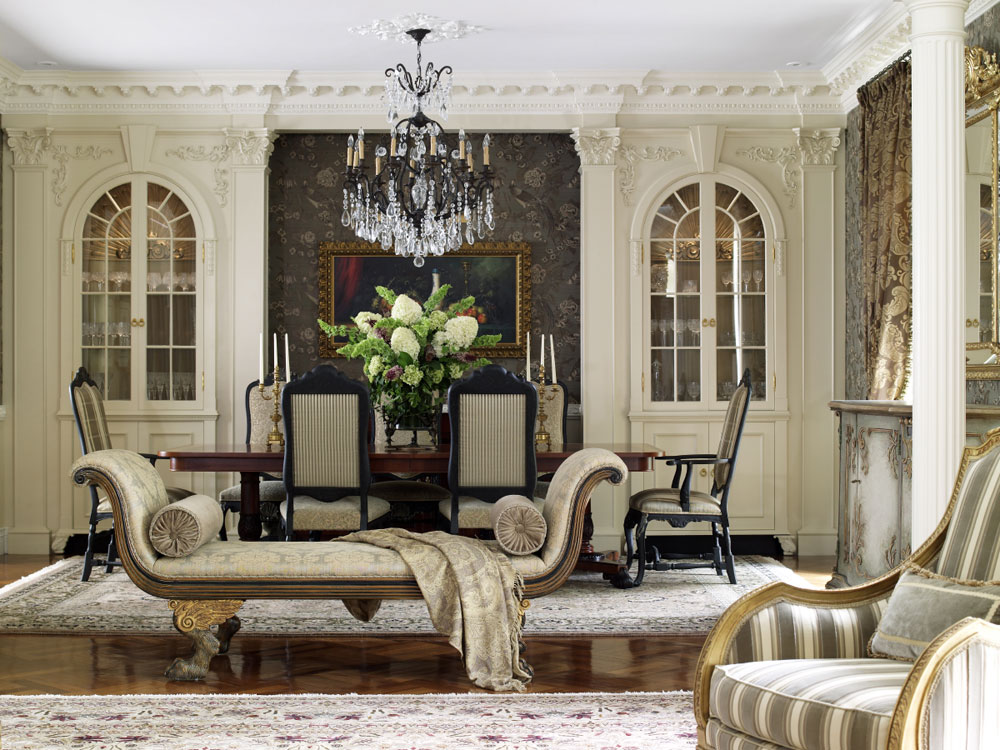 If you are a skilled craftsman, you can always use one of the many design books available to design and create your own quilt that will decorate your colonial dining room superbly. On the other hand, you can always buy one that is made to your specifications and uses samples of your favorite materials.

In the early American style, quilts were used on beds and walls to liven up the space and create warmth. You too could emulate and take advantage of this style by adding quilted pillows and pillows.

Other crafts also have a place in the early American-inspired home. If you are knitting or crocheting, you can make pillowcases or blankets that will brighten up any colonial interior. You can also try hand-making some simple curtains, or turning your hand into a patchwork quilt. Handcrafted items were a strong feature of the early American style. So, if you’re not smart, find stores that sell authentic items and distribute them generously around your rooms. 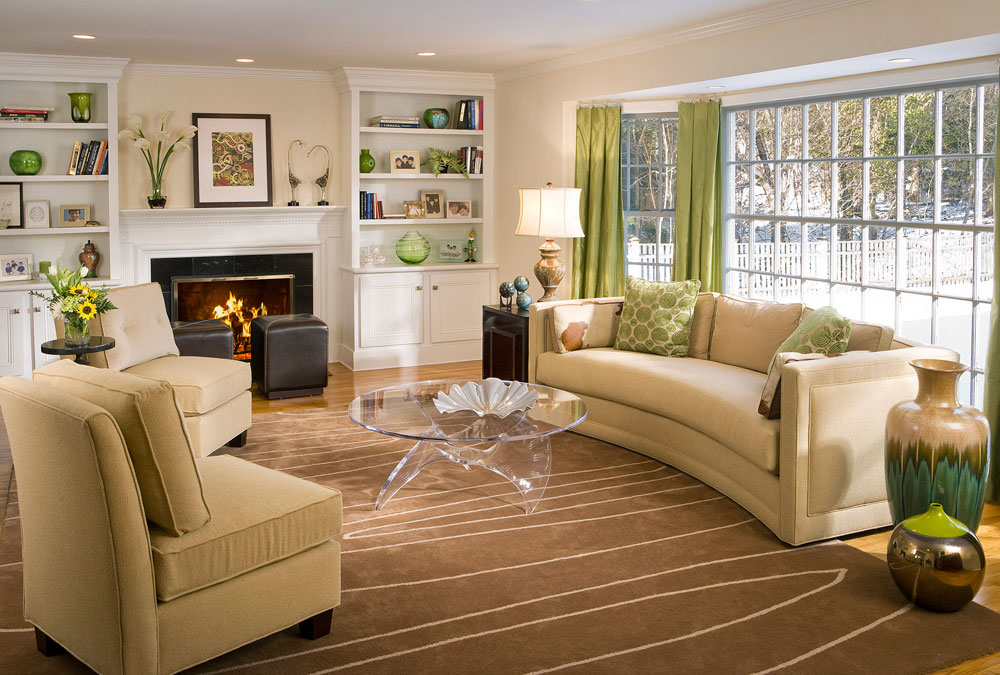 This era was represented by natural and somber hues that add a particular color pattern to the colonial house design. During this time there was no place for anything lively or too colorful. White, brown, yellow, red and gray are all perfect to make this one for that Georgian colonial houses.

Floors and walls in the colonial living room 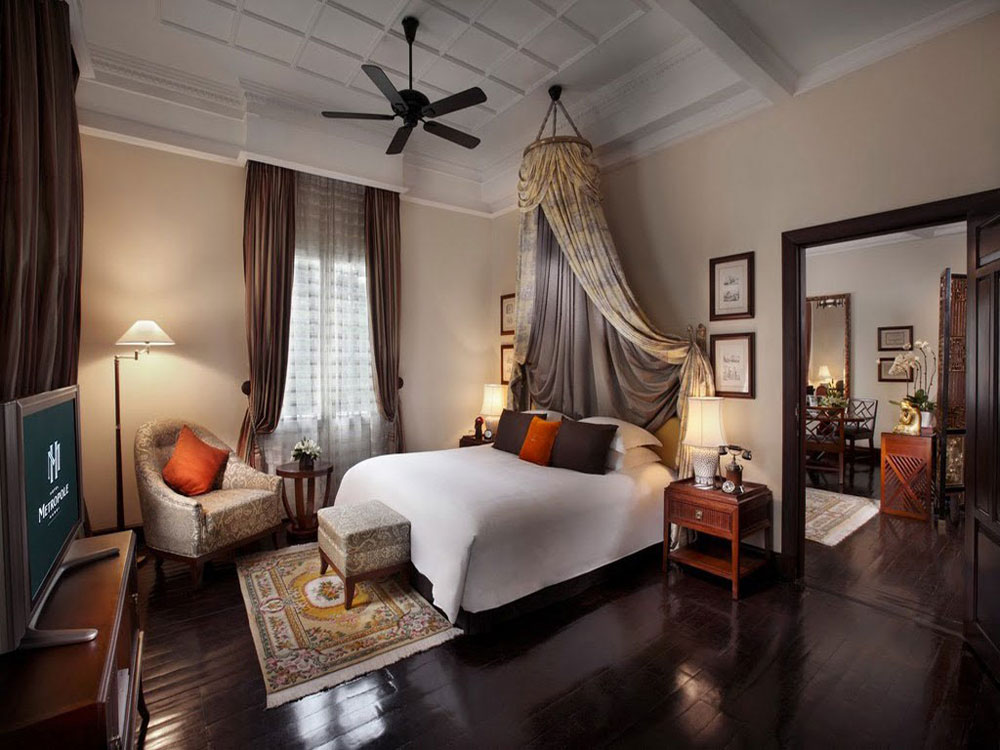 Hardwood floors are key to restoring the look of colonial living space. Cherry, walnut, and mahogany are all good choices as long as they are covered with handcrafted rugs.

The walls can be paneled or whitewashed, preferably with a featured stencil Decoration of fruits or flowers in borders or murals. Crown moldings and dado splints were very popular during this time and are easy to recreate. 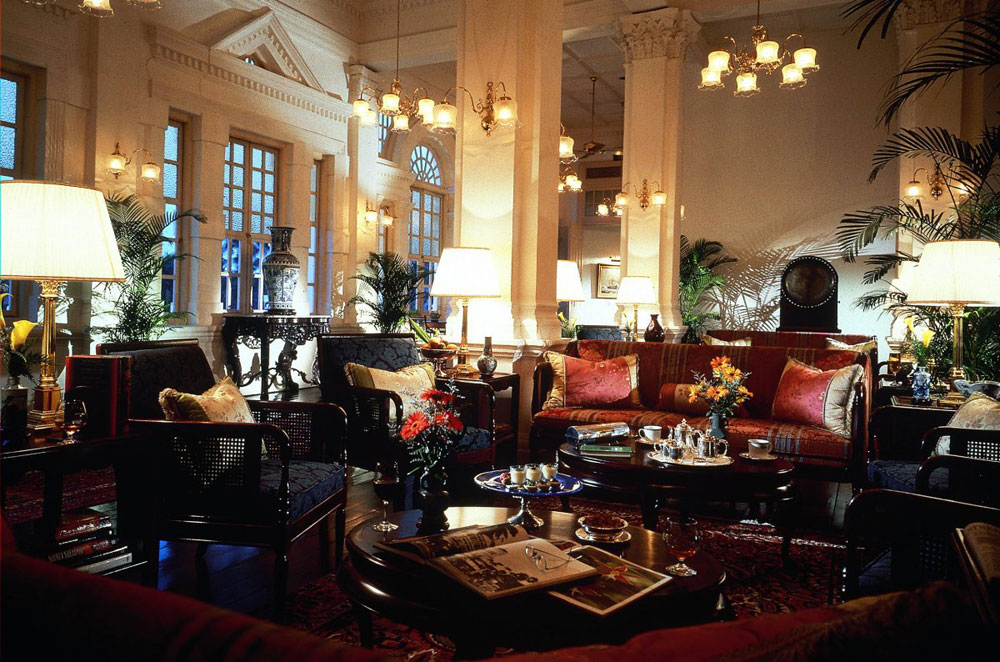 The rustic design of the early American period led to an emphasis on heavy and traditional furniture. Simple cabinets made of pine, birch or maple as well as trestle tables, suitcases and chairs with ladder backs look authentic and should preferably be handmade.

Lighting should be outfitted with cast iron lamps, chandeliers, and candle holders to complete the contemporary look. Should you struggle to find genuine antiques that sell modern colonial items, there are many excellent reproductions that can do the same thing.

Simplicity in the classic interior of colonial houses 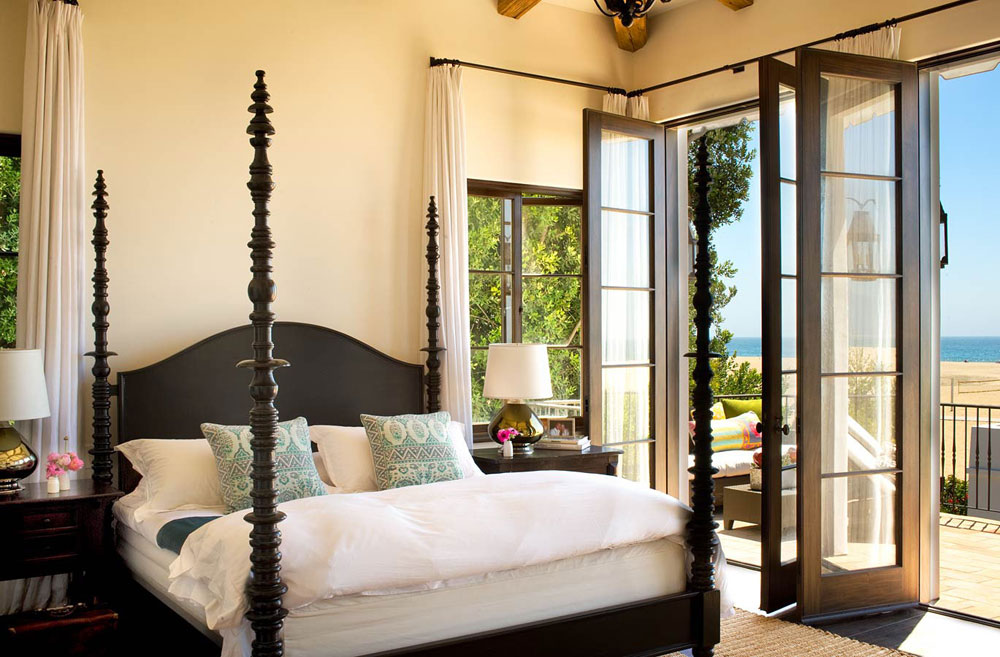 The key word in Dutch colonial houses was simplicity. Everything was functional and versatile and clutter was a definite no-no. Clear lines were the order of the day and accessories should therefore be kept to a minimum.

A couple of flower jugs, an embroidered sampler, a wicker baskets or two, and perhaps a linen runner are all it takes to add a touch of colonial elegance. Make sure, however, that you don’t leave your room too bare and colonial-style minimalist – your home should retain a warmth that makes it welcoming and inviting. 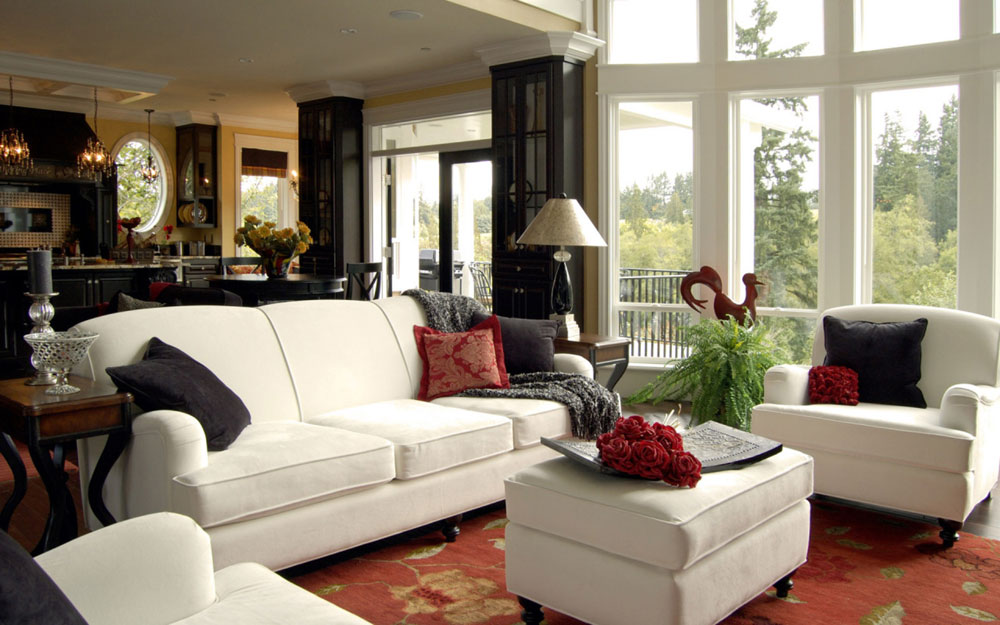 Tin was the metal of the day for modern colonial interior design. This material can be found everywhere in traditional colonial homes, from serving plates to utensils. Some pewter serving pieces prominently displayed in your modern colonial home are a reminder of those simpler times, and you can complement this look with some copper saucepans or brass accessories.

Converting your home into this colonial style interior will make your home elegant and simple. The style is suitable for light, airy interiors that create a comfortable and attractive living environment.

Choose the details that best suit your tastes and enjoy creating the gorgeous colonial look of the 1920s in your home!